In 1882 Professor Jigoro Kano created a new martial art, and he named it Judo, meaning “The gentle way”.

Judo later became an Olympic sport which is loved and practiced across the world, from tiny Dojo’s (the hall you practice in) to colossal

In fact for many people who take up the sport, it becomes a way of life and your club becomes a second family.

Judo not only is a sport, but it directs a Judoka on a journey of self-improvement and discovery.  Judo encourages you into becoming the

best person you can be.  Judo grows ones confidence and self-esteem, it teaches us balance, posture, movement, reactions and awareness.

But also it provides with a moral code, that each and every one of us can live by.

Judo naturally creates an environment of strict discipline, etiquette and gives a focus to the importance of hygiene and respect, modesty,

Judo allows you to set realistic goals and with effort and determination enables you to achieve them.  This for example could be attaining your next grade, learning a new technique or simply just keeping fit and helping your fellow Judoka.

Judo is beautiful unique sport.  This is mainly because it has many different attributes that many other sports do not have.  To start with as

mentioned before, Judo is an Olympic sport.  It is a sport fit for all ages, males and females and because of its uniqueness, it can also be

played by many different disabled classifications.

A Judogi or GI is the uniform/suit that a Judoka wears to participate in.  It is made up of three parts, of which are a heavy weave

material to withstand the strength of throwing and grappling.

The three parts are the jacket, the trousers and the belt.  Judoka traditional wear a white Judogi. It is only in competition a blue Judogi is

used, simply to distinguish the difference between two Judoka, as one will wear white and the other Blue.

Judo is a ranked sport where the superiority and knowledge of a judoka is shown depending on their colour grade.

A KYU and DAN (black) grade is a Senior grade and a MON Grade being a Junior Grade. This system was developedby Jigoro Kano and was

based on the ranking system in the board game called “Go”

The colour belts of the grade rankings are as follows:

Judo sessions are split up into Juniors and Seniors. Juniors being from the age of 5-15 Years and the Seniors are from 16 Years upwards even to the 105 Year olds!  This split enables each and every individual the chance to progress and learn in an environment that is suitable and safe for them.

At your first lesson you are taught to fall correctly and safely, what is known as “learning to breakfall” Once mastered you can practice Judo safely and it will also give you the confidence to participate fully.

The definitive goal for any Judoka in competition is to win a fight by the Ultimate score IPPON.  In Japan and the way of the warrior, IPPON symbolizes the death of their opponent and Judoka will risk everything for that Ultimate IPPON victory.

Judo involves many different elements and techniques, but mainly these are throwing and pinning techniques and the combining of the two with transitions.

However for the Seniors there are also joint locking and strangle/choke techniques.  Once a junior progresses to the higher grades and becomes a senior, it is then when they learn submissions to win a fight by joint lock or a choke.

Judo can produce spectacular, explosive, very elegant and powerful throws, which when executed for IPPON can feel effortless and like you’re floating, giving ultimate fulfillment to the Judoka.

The traditional element to Judo is called as Kata.  Kata is a pre-arranged form of set techniques and are demonstrated in a different way to a normal Judo competition.  Katas involves Strikes and thrusts by hands and feet, as well as weapons for defenses.

Juniors and Seniors are required to learn a certain amount of kata for their grading’s.  This is a BJA requirement, but it also gives the Judoka an understanding of the mechanics of the techniques and how traditional techniques are used within a competition and practical environment. 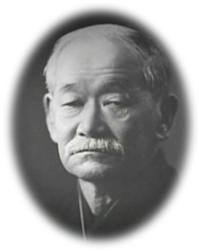 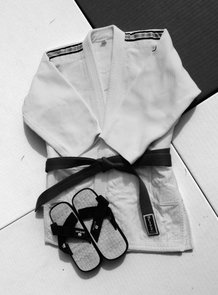